Birds are hard-wired to seek out warmer climates. As it turns out, humans are too.

During what is now the second-longest economic expansion in US history, Americans have flocked south. Driven by milder weather, more plentiful jobs and a lower cost of living, these migration trends reflect economic conditions in both the regions left behind and the ones welcoming new residents. Within the data that tracks these demographic patterns lie the keys to finding value in the increasingly crowded market for commercial real estate opportunities.

A look at the table below of population growth by state proves a few primary drivers for the resurgence of Americans’ migrating southward. 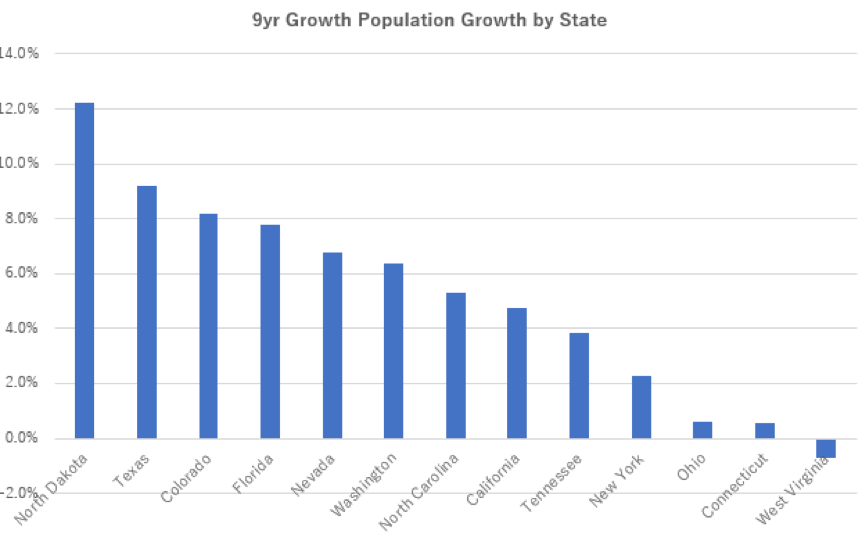 While North Dakota’s booming energy economy makes the region an outlier, the country’s fastest-growing areas concentrate in Southern states with strong employment markets, favorable tax environments, and that are within a day’s drive of California. In fact, 12 of the 13 fastest-growing states are either California-adjacent or in the South.

The resurgence in manufacturing, a logistics boom, a lack of snow, and affordable housing that are driving population flows reflect in rising commercial property values. Multifamily cap rates, for example, have compressed even as interest rates have increased in the past 18 months. The most notable compression has been in the Southeast, as strong rental growth, rising incomes, and investors’ dwindling opportunities for yield push up prices.

Meanwhile, skyrocketing housing costs are pushing people out of the nation’s most populous state in droves. Almost 40% of new residents in Nevada came from California. Oregon and Arizona inflows reflect the same trend, with 31% and 24% of newcomers relocating from the Golden State.

It’s no surprise then that rent growth in Nevada, Arizona, and Oregon is currently among the fastest in the nation. Savvy commercial real estate investors got ahead of this trend by finding relative value plays in Reno, Tucson, and suburban Portland before headlines about the California exodus showed up in the press.

Trends like these develop over time, as seen below. 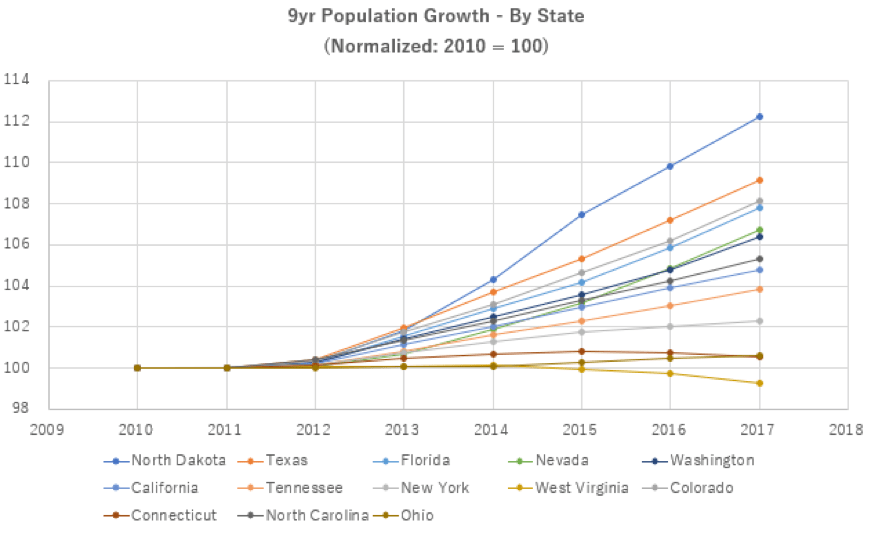 In the early years of the recovery, people by-and-large stayed put. As growth kicked in and new job opportunities emerged, migration began anew, along with immigration from outside our borders.

Normalization is a valuable tool for comparing data like these, where scale isn’t uniform. Five hundred thousand new residents comprise a typical year in California but would be an influx equal to a whopping 10% of the population in Colorado. Graphing this normalized dataset as we did above is one way to visualize trends, but sometimes more insights can be gleaned from a simple data table, as shown below.

The table makes it easier to see that population growth in Nevada lagged behind Washington early in the recovery, but has since overtaken it. The population in Nevada has grown 3.5% in the past three years, compared to 2.7% in Washington.

But population growth is only one input when using this kind of data to uncover commercial real estate investment opportunities.

It’s no surprise that Tennessee is currently the darling of real estate investors, with the highest growth in median household income in the country, as seen below. And notably, despite the flat population growth in Ohio, incomes are rising more quickly there than California, Texas, or New York.

And even though Nevada is at the top of the list for population growth, income growth has lagged other fast-growing states. There’s a correlation: Nevada is attractive thanks to its abundance of affordable housing and middle-income jobs. At a philosophical level, commercial real estate investing is a study in density relative to space. Put another way: demand and supply. These numbers can be sliced many ways, some analytic and some anecdotal.

This kind of number crunching can be invaluable for those looking across wide opportunity sets, but boots on the ground intel must work with even the most sophisticated data analysis. After all, there’s an old saying about lies, damn lies, and statistics. 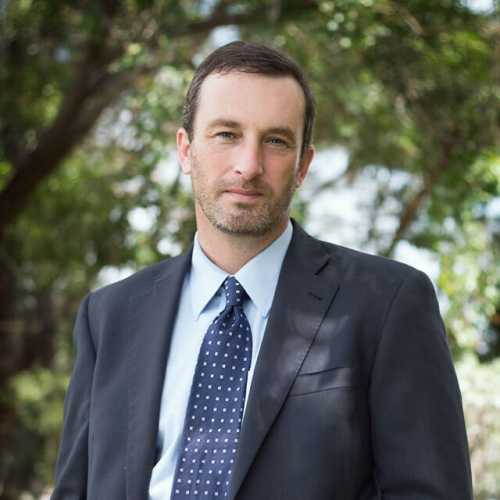 Paul is the US Director for Crexi where he utilizes his experience in assisting brokers in getting deals done. Paul is widely recognized as a market expert in Commercial Real Estate and has represented numerous private owners with underwriting and developing marketing strategies and has over $1 Billion in total transaction valuation.