Amazon’s purchase of Whole Foods last year was a definite tipping point in the retail real estate landscape. The online giant, already thought of as the leading threat to brick-and-mortar retailing, squarely became a significant player in the physical-store place with the ownership of the country’s largest specialty grocer and its 450 stores. This shift wasn’t supposed to happen.

Now Amazon, the purveyor of nearly every retail category online, was adding another tool and distribution method to its belt. The move stretched its already formidable reach to millions of consumers whose attention is sorely missed by chain stores, many of which are closing locations.

The question posed by many now is: What will Amazon buy next? If you read the rumors, any business is fair game. Instead of waiting to find out, some major retailers are or allegedly are taking nontraditional, proactive steps and teaming up with other chains to draw customers and boost sales.

Kohl’s isn’t precisely anti-Amazon: after all, the latter’s customers can return items to some Kohl’s stores in Chicago and Los Angeles, which also have Amazon kiosks.

In a much more experimental move, Kohl’s is subleasing spaces to grocer Aldi as part of a test program. So far, there are ten of its discount department stores set to house food items. If it extends to more locations, then it would situate Kohl’s on par with competitors Walmart and Target, selling both food and apparel.

It also benefits both Aldi and Kohl’s in brand exposure to customers that potentially didn’t previously shop at one of them. Plus, both target cost-conscious consumers.

In bigger news, the rumor mill suggested that Target and grocer Kroger could combine. This significant deal would give Target a much-needed boost to its grocery offerings, and it would provide Kroger’s several chains access to mass-merchandise items. Surprisingly, there’s little geographic overlap between the two, which would total 4,600 units together.

Though there are synergies that would make this merger logical, many analysts don’t believe it will take place, in part, because both companies have a great deal of debt. Target would likely have to cut back on general merchandise in stores to make way for groceries, which could hurt its profit margins.

Could Walmart get Fancy?

Don’t expect Walmart to sit back idly as Amazon’s growth increases exponentially every year. Possibly considered a significant stretch years ago, the world’s largest retailer is in reports saying that it could be eying upscale department-store chain, Nordstrom, as a potential acquisition candidate.

This M&A would give Walmart access to a whole new customer base that it hasn’t attracted before. Reportedly Nordstrom customers are 55 percent less likely to shop at a Walmart than the average American.

Other than Nordstrom, Walmart could have something in the works with Lord & Taylor. It started selling the luxury chain’s goods on its website late last year, improving the reach of the two to very different demographics.

Retail is definitely reacting to Amazon’s expansion, making major players considerably stretch their reach to consumers with a broader assortment of products.

For his part, Southern California mall owner Rick Caruso said that this competition has helped brick and mortar outfits up their game and that “Amazon has been great for retail.” It has certainly made the industry interesting as of late, as we await the next big acquisition by the online behemoth and its competitors’ reactions.

What this means for operators of commercial real estate is that the poorest-performing players are getting weeded out by Amazon. The chain stores sticking around — and thriving –are those that give customers a compelling reason to show up to make a purchase in-store.

When done successfully, these outfits drive needed traffic to shopping centers. You can purchase anything sold at an Apple Store online, yet its stores have the highest sales per square foot of any chain. What landlord wouldn’t want one of them in their development?

What do these mergers mean for the future of retail?

If these mergers work out, the idea is that they will be very experiential, bringing more people to stores because of increased offerings, thus improving traffic and boosting the stores around them.

These possibilities have certainly made the industry interesting as of late, as we await the next big acquisition by the online behemoth and its competitors’ reactions.

How to Diversify Your Investments With Commercial Real Estate

Understanding the Basics of a Loan Note

The Most Common Types of Commercial Real Estate Loans 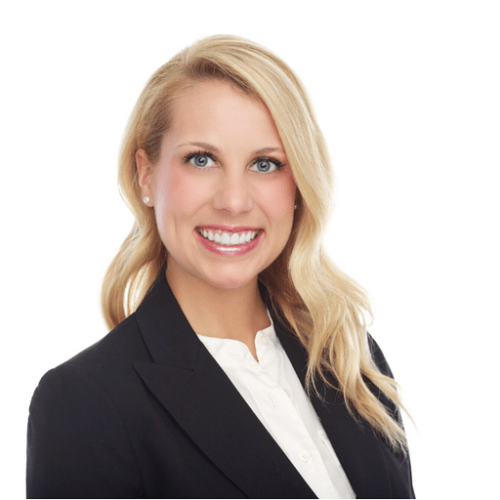 Kyla Dickman is a Senior Account Executive for Crexi responsible for winning and managing major account relationships throughout the central region. Before joining Crexi in early 2018, Kyla was an integral part of a leading brokerage team at Commercial Investment Advisors (“CIA”) in Dallas for two years where she contributed to a benchmark, high growth period of NNN investment sales. Prior to CIA, Kyla was a Senior Associate for ISN leading a top client development team for over two years. Kyla obtained her BS in Business Administration from the University of Oklahoma and is a Texas native.