As the largest city in Michigan, Detroit benefits from years of urban revitalization and is now ripe with opportunity for commercial real estate investment activity.

Known as the Motor City due to its history as a hub for the automotive industry, the city hosts the three big car manufacturers: General Motors, Ford, and Chrysler. The city is situated on the Detroit River and borders Windsor, Canada and features a strong, diverse economy and a vibrant cultural scene.

The Detroit commercial real estate market offers investors promising opportunities to purchase property with potentially high ROI. Detroit has experienced a resurgence in recent years, with new businesses and developments popping up throughout the city.

This growing trend makes Detroit an ideal place to invest in commercial real estate. Prices are still relatively low compared to other markets, making now a great time to get involved in the Detroit market.

Although the population of the City of Detroit decreased by about 11% over the past decade, the metropolitan area is home to some of the fastest-growing suburbs in the state, including Auburn Hills in the Northern/Northwest and Novi in the West:

Employment in Detroit has increased by about 3.6% year-over-year in 2022, driven by job growth in sectors such as manufacturing, information, professional and business services, and leisure and hospitality. The metro area is home to major corporations including General Motors, Quicken Loans, Ally Financial, Little Caesars, and Blue Cross Blue Shield of Michigan:

Industrial rental rates in Detroit grew by 9.6% year-over-year as the economy in the metropolitan area continues to recover. New leasing totaled 4.7 million SF through the first half of 2022, an increase of nearly 138% YoY. The Macomb North and Macomb South submarkets accounted for nearly 50% of all new industrial leases in Detroit, while the warehouse/distribution sector accounted for 60% of all new leasing in the market:

The Central Business office submarket in Detroit is the shining star of the metropolitan area. Asking rents have increased 2.5% year-over-year, the submarket has the second-highest rate of net absorption in the metro area, and the Detroit CBD is the only submarket with new construction underway:

The Detroit retail market has posted positive net absorption for five consecutive quarters, with rents growing by 8.6% year-over-year and vacancy holding steady at just 5.1%. Overall leasing activity in the metro area totaled nearly 920,000 SF from over 280 signed leases in Q2 2022:

Development in the Detroit multifamily market continues to surge, with 21 new buildings currently under construction – bringing over 4,100 new apartment units to market. Multifamily rents in metropolitan Detroit have grown by 25.9% over the past five years, with occupancy rates at 96%: 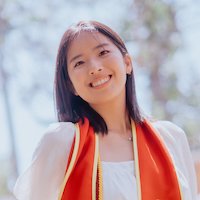 How a Specialist Broker Uses Crexi Intelligence to Evaluate Deals